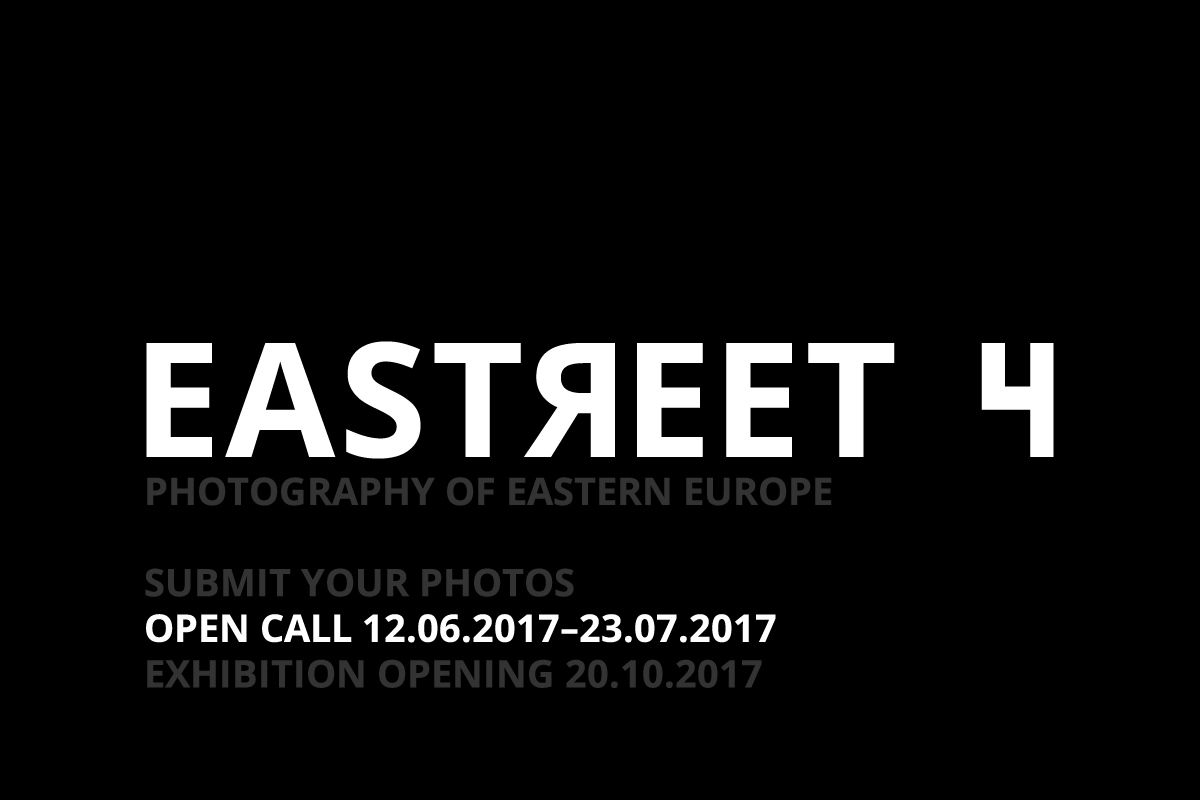 We’re happy to announce the Open Call for the 4th edition of Eastreet exhibition and publication. Until 23 July 2017 we’re waiting for your photos documenting the public space of broadly defined Eastern Europe. Join us!

Eastreet 4 will have it’s premiere on 20th October in Lublin, Poland. Once again we would like to have a closer look at human presence within the public spaces of Eastern Europe – through the work of photographers exploring and documenting the region. We are looking for candid photos which can help us to visually describe the region, present it’s current state and also to help us look at Eastern Europe beyond stereotypes, borders and differences.

Important Eastreet 4 dates to mark in your calendar: 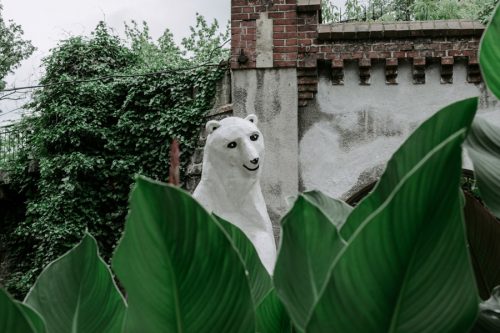 An update on the current state of the Eastreet project… 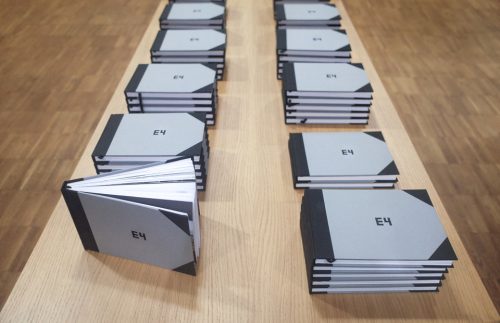 We’re proud to inform, that “EASTREET 4” publication was selected to be included in this year’s Photobook Exhibition, part of the Athens Photo Festival 2018, opening 6th June! 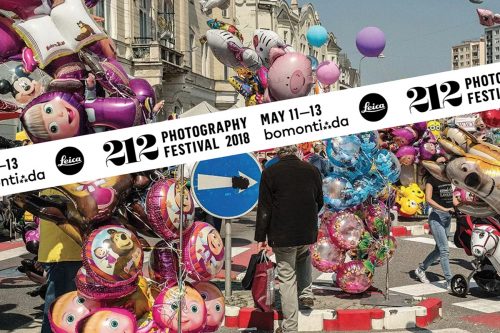 We’re happy to announce that EASTREET 4 exhibition will be presented as a part of 212 Photography Festival in Istanbul, opening 11th May 2018. 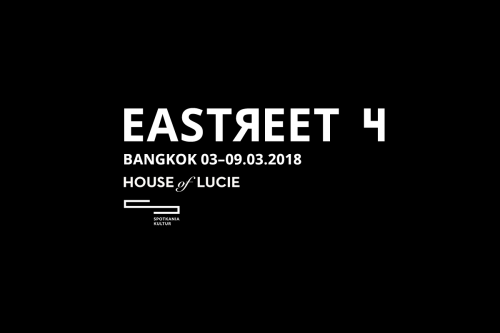 We’re happy to announce the special version of our exhibition accompanied by the curator’s talk at the prestigious House of Lucie in Bangkok️. 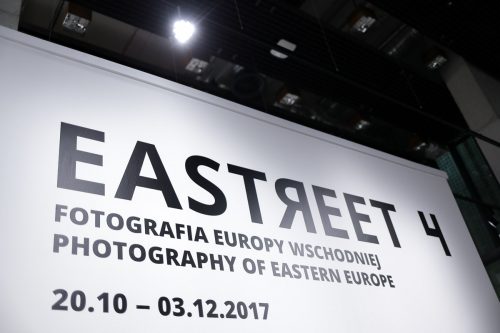 The premiere show of EASTREET 4 is now officially behind us! Each edition is unique, but this one was the biggest, most evolved so far and it worked out…

Let’s experience the EASTREET 4 opening once again – here’s the video documenting all the events and atmosphere of the amazing weekend of 20–22 October 2017. 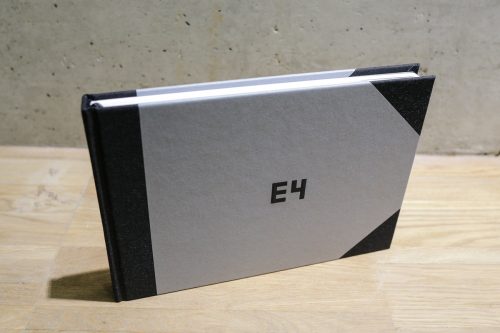 We are happy  to inform, that the Eastreet 4 book is available for sale – both in the bookshop and online. The publication is an integral part of our…

Photos from the opening of Eastreet 4

Once again – thank you all for coming to the opening of EASTREET 4 on Friday 20th October 2017 – what a night it was! Big thank you to… 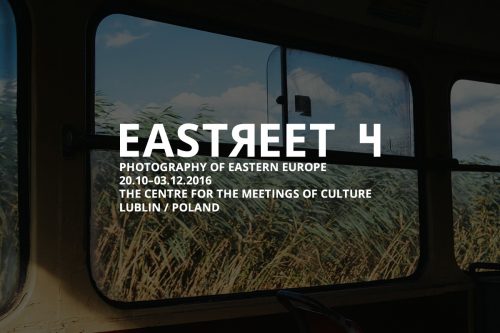 Photography workshops, portfolio reviews and film screenings will accompany the exhibition opening and book launch of Eastreet 4, over the whole weekend of 20-22 October 2017 at the Centre… 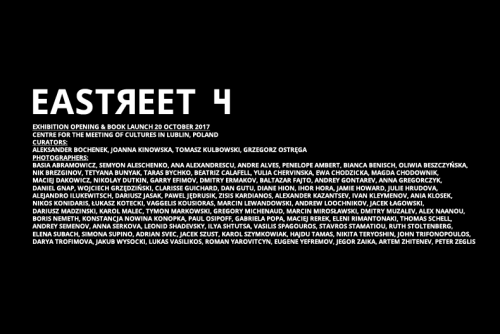 The final list of photographers selected for the Eastreet 4 exhibition and publication – congratulations and thank you for all the submissions: close to 11.000 photos in total! 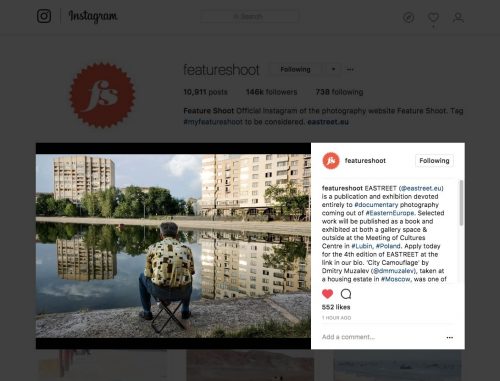 We’re happy to be taking over the @featureshoot Instagram feed, join us there! We’ll be presenting a selection of photos by the Eastreet authors. 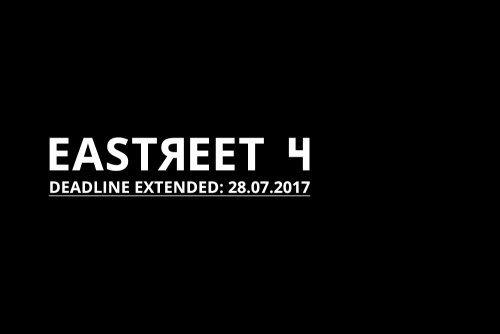 Submit your photos to Eastreet 4!

Less than two weeks left to submit your photo to Eastreet 4! The open call will run until 23 July 2017. 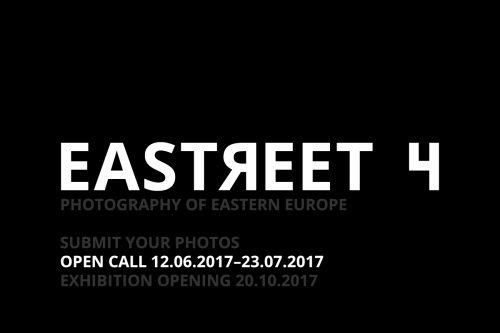 We’re happy to announce the Open Call for the 4th edition of Eastreet exhibition and publication. Join us! 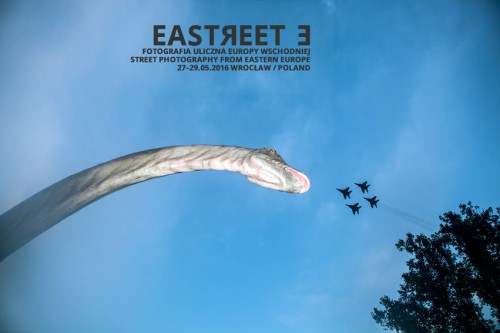 Eastreet 3 exhibition will be presented in Wrocław, Poland later this month.

Photos from the opening of Eastreet 3 exhibition at Organ Vida festival in Zagreb. 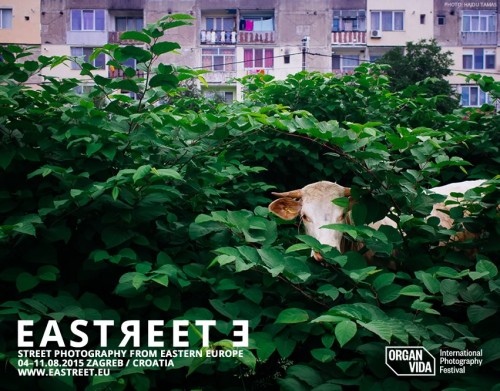 We are happy to inform that the EASTREET 3 exhibition will be presented at this year’s Organ Vida festival! 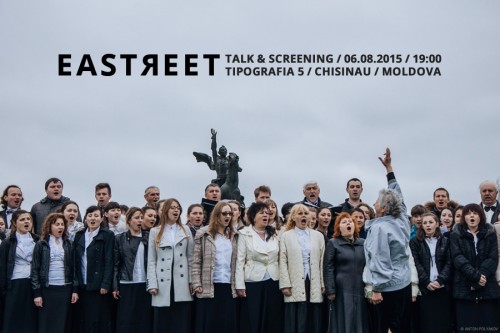 Eastreet talk and slideshow in Moldova!

Photos from the education programme

Photos from the outdoor exhibition of Eastreet 3 – at the heart of Lublin’s beautiful Old Town district.

Thank you all for coming yesterday to the opening of Eastreet 3, what a great night! Over 300 people saw the exhibition last night…

Contains 112 pages of great photography, with introduction texts by the curators and Filip Springer… 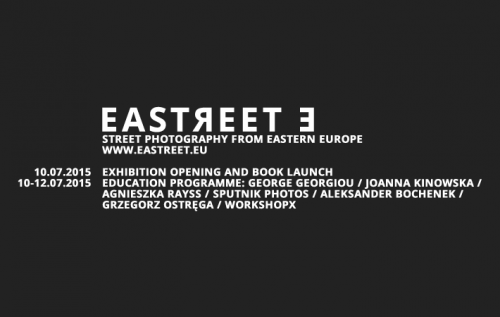 This year’s edition of Eastreet will be accompanied by a series of workshops and talks dedicated to documentary photography. 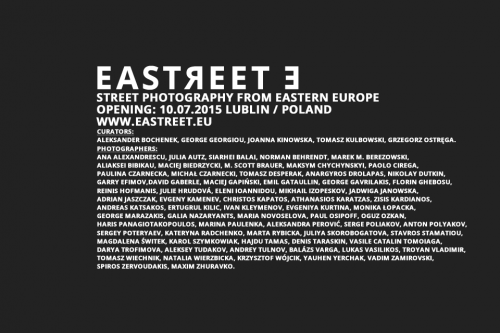 Here it is – the final list of photographers selected for the Eastreet 3 exhibition and publication! 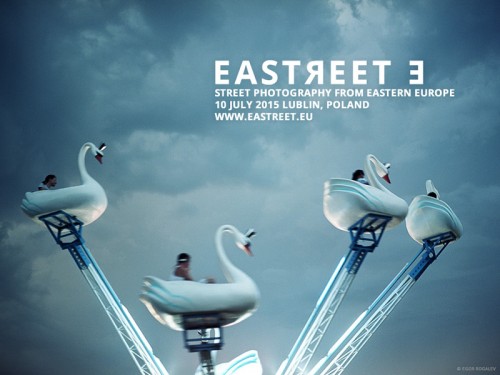 The open call for Eastreet 3 is now closed. Approximately 10.000 photos were submitted by authors from around the world. 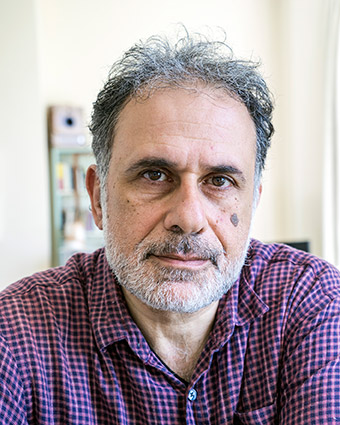 The Eastreet Curator’s team will be joined by a renowned photographer and editor, George Georgiou. 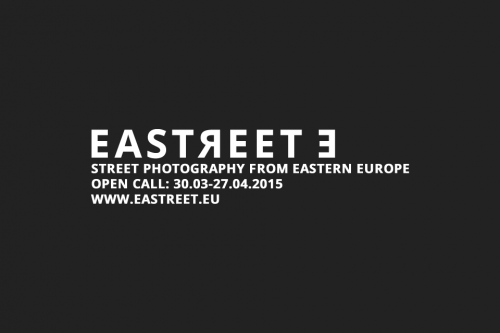 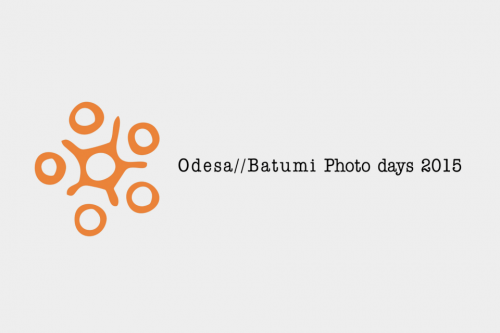 The slideshow of two editions of Eastreet will be presented in Odessa, as a part of Odessa/Batumi Photo Days.

We recently had a chance to present and discuss the Eastreet project in Bangkok, at a really cool art space – Cho Why.

Photos from the opening of Eastreet exhibition at the East Poland House in Brussels, Belgium.