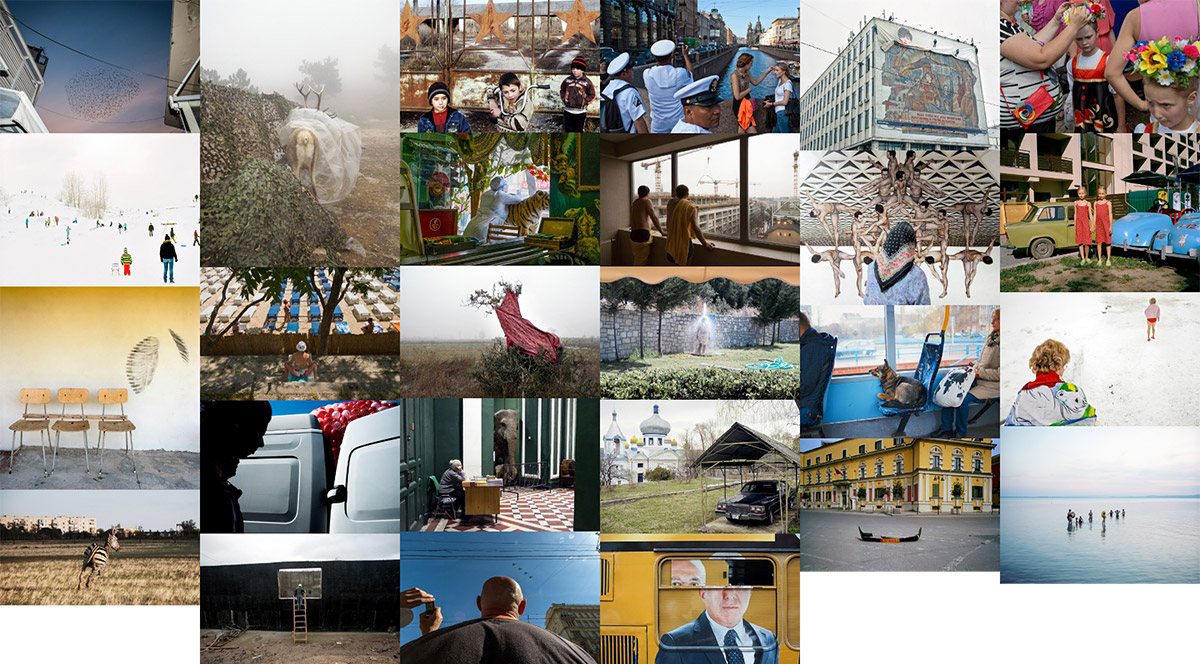 EASTREET is an ongoing exhibition and publication dedicated to the photography from Eastern Europe.

Eastreet is one of the biggest initiatives promoting documentary photography from Eastern Europe. So far over 30.000 photos were submitted all the editions by authors from around the world.

The best photos selected by a group of Curators are being presented in a form of a gallery exhibition, as well as an additional outdoor installation in the Lublin’s city centre. We also publish a special book presenting all the selected photographs together with author’s biographies. The publication will be also distributed during the opening, as well as within a specially selected group of international institutions, galleries and curators.

Our intention is to present a group portrait of people in public spaces of Eastern European cities. The questions we pose are: What kind of changes do they experience and what kind of interactions do they participate in? How does an individual shape her/his environment, how does it  influence our life, how do we interact with it? What is hidden under the surface of everyday life? The formula of street photography seems to fit ideally to this subject matter, but we want to go beyond labels, so the exhibition features a broadly defined documentary photography. We try to explore the borders of the genre, look for new stylistics, new names, fresh ideas. Last, but not least – we want to promote the photographers working in this part of the world and build a platform for exchange of ideas, dialog and inspiration.

Eastreet project was initiated by Tomasz Kulbowski in 2013 and since the beginning is being curated by Joanna Kinowska, Aleksander Bochenek and Grzegorz Ostręga. In 2015 curators were joined by a special guest – George Georgiou. First three editions of Eastreet were organised with the support of our kind Partners:

After the third edition in 2015 we’ve decided to switch the project in a biannual mode – it has grew to much and it’s not possible to organise and promote it properly each and every year. The 4th edition of Eastreet will be opened on 20th October 2017 at the Meeting of Cultures Centre in  Lublin, Poland. Read more about Eastreet 4.